I am super stoked about today's guest post!! Mackenzie from Raising Wild Things is sharing with us a hilarious realization about life and love. I love when people can see the humor in calamity, and that's exactly what's happened to her. I'm going to let her tell her whole story, and make sure to stop on over to her blog or Facebook Page and give her a LIKE and some encouragement! Her and her family's antics entertain me on the regular!

My Husband Put A Ring On It, and Then A Firefighter Cut It Off

So this happened a few weeks ago: 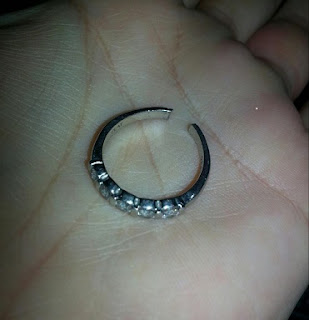 That is my wedding ring. And that is what it looked like after a fire fighter had to cut it off of my finger. There was no gnarly accident or trauma that required this happen. There was simply my own stupidity. Or stubbornness. We'll go with stubbornness.
It all started about 7 months into my third pregnancy. My body started getting, how shall I say, extra puffy. It was summertime and I was retaining water like crazy. I was swelling up so badly that I had to remove my engagement and wedding rings. Not uncommon; I had to do it a few weeks before delivering my second, so I wasn't surprised. And I assumed, just as with the first time, I'd have those puppies back on a week or so after having the baby. No biggie.
Fast forward to 8 months after having said baby, and those suckers still were not fitting on my finger. Every week or so I'd pull the rings out from my underwear drawer (because that is a good place to keep valuables) and try the get them back on. But nope. I was so perplexed. I weighed less than I did when I was able to get them back on after baby #2. What the heck?! Were my fingers just permanently obese after this third kid? Back in the drawer the rings went.
And then one day a few weeks later, I was feeling a little lighter around the fingers. Don’t ask me why, but I could just sense that my rings were going to fit that day. So I got them out, took a deep breath, and tried to get them on. And wouldn’t you know, my wedding band went on. It took just a little coaxing, but not much. “Phew! Finally,” I thought to myself. So then I went to get my engagement ring on. I should have stopped when I felt the initial resistance, but I was so determined to wear it again that I just kept pushing and twisting until it finally went on.
I realized almost immediately that I had just made a grave mistake. In no more than 30 seconds, my finger began to swell up all around my rings. Awww nuts! So down to the kitchen I went. Straight for the olive oil. I dumped nearly the whole bottle on my hand. And started twisting.
Nope. That wasn’t working. So I moved on to dish soap. I’d run my hand under frigid water for a few minutes, pour soap on it, and then twist. After about 45 minutes of this, and some extreme pain, I finally managed to free my engagement ring. Then it was on to my wedding band.
Nope again. After all of the trauma from getting my engagement ring off, my finger was so completely swollen that it looked like it might actually explode. And I started losing a little bit of feeling. So naturally, I started to panic.
After giving my finger a break and soaking it in an ice bath for like 30 minutes (that does not feel good, btw), I was back at it. And over the next few hours (yes, hours!), I tried everything I could think of or that I found on the internet to get that ring off my finger. Nothing was working.
I finally texted my husband at work to tell him what was going on and told him I thought I’d have to get my ring cut off. When he got home, he looked at my finger and agreed.
While searching the internet earlier in the day about how to remove rings from swollen fingers, I learned that most firehouses have the tools to cut them off. So I called our local firehouse to see, and sure enough, the guy I spoke with made it seem like they did that kind of stuff every day. “C’mon down,” he said. “We’ll take care of you.”
And so I went. It was around 8:30 at night, and instead of finding a quiet firehouse like I assumed I would, this night of all nights was a training night, so there were like 50 firefighters hanging around.
I was greeted by a friendly younger guy who said he’d have me outta there in 2 minutes. He already had the ring cutter tool ready and waiting. So he sat me down and went to work. And I’ll tell ya, the sound of metal on metal, the sound of my wedding band getting cut apart, made me cringe.
But you know what? I didn’t cry like I thought I would. In fact, looking back, I hadn’t cried once during the whole experience. And I’m a crier. Like big time. I cry at everything. The birth of my children, touching music, movies, commercials. EVERYTHING.
I shrugged it off and figured the waterworks would begin in the car on the way home when I was alone and didn’t have all of the firefighters staring at me. But no. I didn’t cry then, either. And I didn’t cry when I got home and showed my husband my ring, or anytime that night. Not even the next day. Or the next. My tears never came.
And then I realized why. Although my ring was a symbol of love between my husband and I—till death do us part and all of that—it was only a symbol. A thing. Never before had the words on this wall hanging that we’ve had since the very first place we ever lived together rang more true: 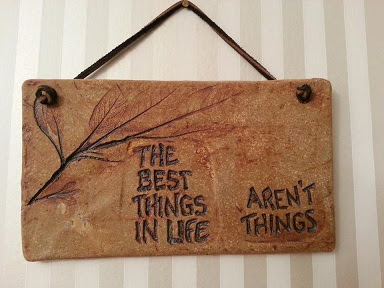 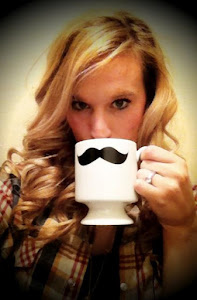 Having a house full of testosterone is hectic! Especially with a husband who's an artist and musician and two rambuncious little men who are intent on following in their daddy's footsteps! It's non-stop drumming, singing, dancing, humming, and partying in my casa. I wouldn't have it any other way! The following is a look into my adventures parenting my little pair of future rockstars, our exciting life parenting abroad in Nicaragua, and the craziness that is my life.

Anybody's who's Anybody Knows Who THESE People Are! Do YOU?!?!

Our family is moving to Nicaragua!! Follow the journey on our new blog: Abroad Perspective! 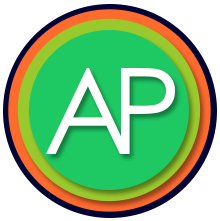